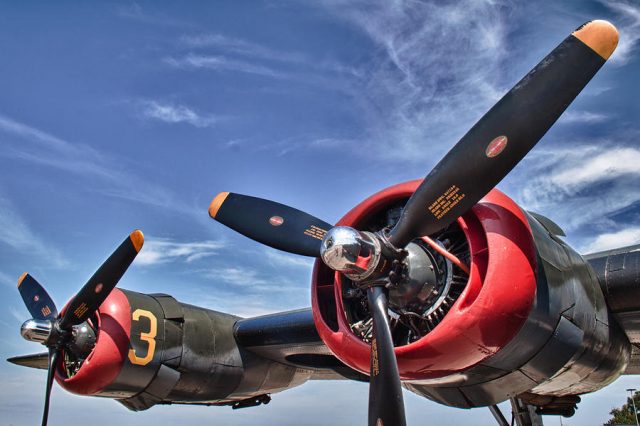 The B24 Liberator first came to service in the Royal Australian Air Force (RAAF) at the tail end of World War 2, with the first 9 arriving in February 1944 on delivery from the United States. It served until 1948, being replaced with the Australian-built Avro Lincolns

Its service was in the South East Asia region, with 7 squadrons taking ownership for missions to strike high value and static targets, including airbases, bridges, military installations and also anti-ship strikes conducted at low levels.

Rob jumped at the chance to grab a piece of RAAF history when told there was an Engine Cowling looking for a new home. As it is no longer airworthy, we Rob can see great opportunity for this historic piece to be wall mounted, with the choice of a mirror or even photos to commemorate a family member who once flew/worked on this old workhorse.

Work has already begun in polishing up the weathered finish. We only have one of these engine cowlings in stock, so don’t miss out on this opportunity.